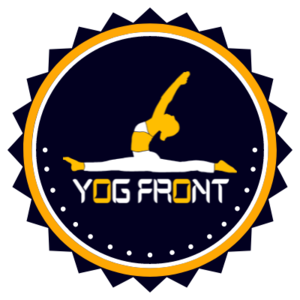 Yoga Front Organization [२] Created in early 2020. This institution initially started from Qadian, a small town in the Punjab province, with the aim of bringing a credibility and rules in the field of yoga. Initially, the organization sought information from the India government through the Right to Information Act 2005 to gather a wealth of information in the field of Yoga. In which the obstacles and disorganized structure in the field of yoga were kept under consideration. Finding solutions to problems also involved more people who were educated in yoga but were unemployed. The reason for their unemployment was wrong policies and occupation of this sector by some capitalists. Keeping this in mind, in the year 2021, this organization started to work all over India and many unemployed members of Yoga from India started joining. This organization of yoga teachers, yoga seekers, yoga lovers is working to deliver yoga from house to house through Yoga Front family and to achieve its goal, the policy of the organization is to give justice only to the highly educated yoga teachers. It is not our job but also our duty to do public welfare through them. Yoga Front has been working on this policy for the last one year and has been organizing many social and public welfare programs.

This institution was functioning at the state level before it came into existence at the Indian level in 2021. Institutions first developed into a movement that operated through the website in the time of Lockdown. Amandeep Kaur and Dimple Rani worked as the president and vice president of the organization to run the affairs of the organization at the state level. Over time, more and more people joined the organization and the organization which was operating in the state of Punjab registered under the name of Yoga Front, gradually became known as "Yoga Front Institution" while operating all over India. The organization is registered under the Government of India Act 1860 as well as other departments of the Government of India including Fit India, Policy Commission, Nehru Youth Center Organization etc. The organization is not only fighting for employment but is also working on employment and empowerment of yoga teachers, the information of which is given on their website in which yoga teachers are being connected and empowered through various projects. .

The slogan selected by the organization is taken from Mandal 10 Sukat 191 verse 4 of Rig Veda which is as follows
'Samani va aakuti: samana hridayani va: samanavastu wo mano yatha va: sushasati.' - Rigveda 10/191/4 [३]
Which means' One should be our purpose, one should be our coherent feeling. Let our thoughts be gathered, as if everything is in unity in this world. "

If we talk only about the slogan, then this slogan is from a verse of Rig Veda which not only speaks of joining but also the summary of yoga is included in it. Other parts of this verse also explain the law and human rights, so this verse is in itself a Vedic evidence showing the work, determination and policy of the Yoga Front. That is why it is said that the organization has made it the motto of its organization.

In the formation of the organization, the founder and other members, paying very close attention to the rules and laws, before starting each work, the registration work was completed very carefully, completing the necessary documents and permission letters. According to the information received, the organization is registered with the following departments and institutions and has also entered into treaties with some institutions:-

The creator of Yoga Front is "Yogacharya Vinay Pushkarna" who is a very humble and sweet-natured person living in Punjab province, he did a lot of work for the promotion and spread of Yoga and he was the first There are Yogacharyas who on the first yoga day Ahmadiya Muslim got thousands of people of Jamaat to do yoga on every day. The program in which BJP leader Avinash Rai Khanna himself was present and this program was broadcast on many national and international news channels. Not only this, many camps are organized by him from time to time for the welfare of the people.
He explains his purpose behind forming the "Yoga Front Organization" that some capitalists and some officials are busy occupying the field of yoga, due to which the yoga teachers educated in yoga are unemployed and they are exploited by the authorities. It is being done, which is very immoral and shameful. Seeing this, he decided to fight for the interests of yoga teachers and created this organization. To get more information about Yogacharya Vinay Pushkarna, if you look at his past time, he came to Yoga in 2002 when he was a student in a school. He has worked in many reputed institutes after getting his post graduate education. He worked as a yoga practitioner from 2011 to 2013 Punjab at a prestigious Ayurveda educational institution in the province named Sri Lakshmi Narayan Ayurvedic College and Hospital. Along with this, he has contributed in many social welfare works, in which his yoga camps and free medical consultation are the main ones. And for the welfare of yoga teachers in the institution, they are working on new projects, in which programs and projects like Bapu, Aparajay, Ayesha, Diya, Uday are their contribution. Apart from Yoga, Ayurveda, if we see, then he also has a lot of knowledge of technology and computer and Vinay Pushkarna has supported many organizations like Yoga Front Institute and earlier Vipra Sanstha, Pushkarna Research Association for Natural Aid and Krida Bharti Punjab on the basis of technology.

The president of this organization is Mr. Roshan Kumar Pathak, a resident of Harkesh Nagar Dakshin Delhi, who was selected through the democratic process on 23 February 2021 and was elected the first national level President of the organization. Roshan Pathak ji is a post graduate in Yoga and has also received graduate education in the subject Political Science. After his arrival in the organization, many works intensified and it was through him that the organization got its first patron.
Roshan Pathak, being a student of political science, is known for a good leadership and has a good hold in yoga after post-graduation in the subject of yoga, so has worked to bring a positive change in the field of yoga, in which he has [[political] ]] Organizations have been contacted, ministers, departments have been contacted and problems of yoga teachers have been placed before all the well-known scholars and organizations of yoga.
In future, Yoga teachers do not have to face problems regarding employment, so that the entire team of Yoga Front organization is taking priority to bring law in the field of Yoga, for which many efforts are being made and As the President of the organization, these efforts are being made under his guidance according to a strategy in which everyone gets employment according to their qualifications. Therefore, some time ago Roshan Kumar Pathak has also become a part of an international research institute and through which he is also working to bring a revolution in the field of Yoga.

Talking about the departments and members of Yoga Front Society, the information of the members of the organization received till 21st May 2021 is as follows:-

Although the organization has done a lot of work and is doing continuous work, which includes dialogue and dialogue with the government, but along with this, making people aware and giving knowledge to people about yoga and some important work to connect them with yoga. The list of some of the works being carried out is available below.

A letter was given to the Delhi government by the organization, demanding justice from the yoga experts who have been educated in the field of yoga, raising the demand that yoga should be kept as a main subject in the Delhi Education Board. The MLA of Delhi government also demanded from the government on this matter should be heard at the earliest and an action plan should be made for this. [४]

For the first time in India, a program was run by the organization in which people were introduced to all Indian medical systems, in which experts were called from all the prestigious educational institutions of the concerned subject of India and people were made aware by them which method how to work. where and where it is available. This program was appreciated by many departments. [५]

A project named Eye Pales was run by the organization, through which the oath was given to make yoga an integral part of life in the whole of India, as well as it was also administered that yoga will be done only through yoga teachers with higher education in yoga and in the field of yoga. We support the demand for a law to come. In this project, people took Sapta giving their support and they were also given Sapta certificates by the organization. [६]

A large-scale demand was raised by the Yoga Front regarding the law in Yoga, which was named Yog Kanti Project. This demand was taken to the officials of the government and sent to the ministers and legislators. After which the government officials were asked to prepare a draft of a law, on which a draft was prepared with the help of some lawyers, yoga experts, former IAS officers of all the officers of the Yoga Front organization and a plan was made to send it to the government. is working. The organization says that if this law is passed, no yoga expert will starve and everyone will get employment and salary according to their qualifications. It was also told by the organization that yoga has been divided into six areas, through which so many employment opportunities will be available that jobs will be more but yoga teachers will study the work. [७]

Yoga Certification Board (Ministry of AYUSH)

It has been put on a large scale by the Yoga Front that the Yoga Certification Board is working in the field of yoga in an unethical way, in which educated yoga teachers are being exploited, whereas without getting academic education in yoga, people can do yoga quickly. is being established in the field of like

All India Federation of Yoga Teachers

"https://wikipedia.yogfront.ooo/w/index.php?title=Yog_Front_Organization&oldid=910" से प्राप्त
श्रेणियाँ:
Cookies help us deliver our services. By using our services, you agree to our use of cookies.